The group, which previously came under fire after close association with the ultra-nationalist Ukrainian Neo-Nazi group, The Azov Battalion, has once again found themselves in the spotlight.

In a VICE news piece, the man running the operation, who identified himself as Derrick Bales, explains that he was simply in Ukraine filming for his “Military Lifestyle Brand,” and that he is not training Ukrainian solders.

While speaking with VICE, Bales continued to downplay the Neo-Nazi aspects of the Azov Battalion, saying the soldiers ‘aren’t overtly Nazi by any means.’

Although FOG does sell merchandise on their website, many accounts across social media have reported the group to be engaging within Ukraine, claiming them to be “volunteer.”

FOG is said to have participated in numerous conflicts overseas, although, information is difficult to corroborate due to the nature of their group, as it is considered by many to be a “private militia.”

The Azov Battalion has a long history of associating with neo-nazi organizations, something which American and NATO allies have been accused of ignoring, as international groups continue to aid in their training/funding of the group.

Read below more about the Ukrainian “Azov Battalion” and the brutal tactics of the neo-nazi group. 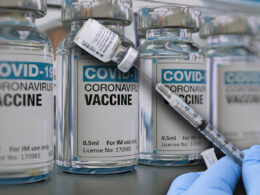 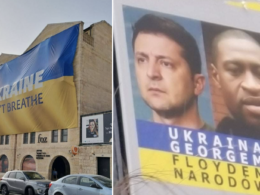 If you weren’t convinced yet, maybe this will help UKRAINE CAN’T BREATHE The slogans “Ukraine Can’t Breathe” and…
byJill Schrider
No comments 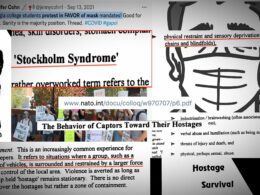