Home News Conservatives Begin to Rethink ‘Back the Blue’ After Police Boast About Trampling Them With Horses, Beating Them With Batons

It’s Called a “Police State” for a Reason

In the age of COVID tyranny which has sparked the largest worldwide protest movement in human history, many conservatives are beginning to rethink their undying support for the police.

Over the past two years, from police kneeling for Black Lives Matter protesters, arresting pastors and priests who kept their churches open, and punishing business owners and those who refused to wear a mask — the police haven’t really returned the favor to those who perpetually supported them.

Now during the worldwide anti-vaccine mandate protests, many conservatives are turning their backs on ‘back the blue’ after endless viral videos show officers beating the elderly, trampling protestors, and vowing to hunt down anyone who participates in any pro-freedom event.

Police officers partaking in the brutal assault against the Canadian Freedom Convoy were even caught allegedly boasting of their brutality, mockingly calling themselves “heroes” as they gorge themselves with sweets in-between shifts.

In Ottawa, police used pepper spray and stun grenades and made dozens of arrests. Police there say at least thirty-eight vehicles had been towed, and if the tow truck companies did not comply with the orders, the companies were fined and threatened with arrest.

“If you are involved in this protest, we will actively look to identify you and follow up with financial sanctions and criminal charges. Absolutely. This investigation will go on for months to come.”

The slogan “back the blue” sprouted out of the 2020 George Floyd riots that saw dozens of officers become the target of nationwide rioting and assaults at the hands of liberal groups such as Antifa and Black Lives Matter.

Conservatives uniformly defended police who, at that time, were deployed to quell rioting that resulted in dozens of deaths and hundreds of millions of dollars worth of property damage.

In LA, when a high-ranking police officer knelt before the Black Lives Matter protesters, dozens of other officers followed suit, sparking outrage from many who watched their cities burn.

Similar gestures of officers kneeling, hugging, and even lying on their bellies around the country followed, and have been shared widely on social media. In many instances, the protesters have been the ones who asked the officers to kneel before them and the gestures elicited cheers.

Now, in Canada, conservatives in America have watched as hundreds of those fighting for a cause they support are arrested and assaulted as officers, some on horseback, continued the second day of a massive crackdown.

Even though many vehicles have been towed, many were arrested, and many are now heading home, Police say that operations are still ongoing in Ottawa.

“We won’t commit to any end time,” interim police chief Steve Bell said, adding “We are in this until it is over.”

Now, at the end of a baton, conservatives around the world begin to learn that “backing the blue” has quickly become “black and blue,” as police deploy brutal tactics against freedom protests worldwide.

In August of last year, a viral video surfaced of a student at the University of Tennessee being dragged out of the classroom for refusing to wear a mask in class, as other young gen-z students laugh during the ordeal.

The police officer can be heard on video talking about the student not wearing a mask, and that the officer was just ‘doing his job’ by pulling the student out of the school.

Meanwhile in Texas, a man was allegedly arrested for not wearing a mask in a business, leaving his daughter seemingly alone having to call someone to pick her up.

Another woman in Texas was arrested twice in March for refusing to wear a mask in businesses.

In Austin, Texas Eanes Independent School District is planning to create separate learning spaces for masked and unmasked students in the district.

Many in conservative media are asking how this was even happening in red states across the country. 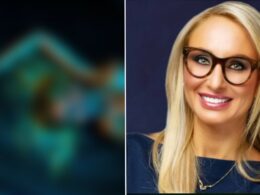 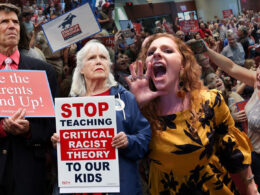 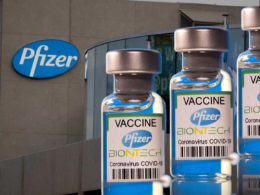 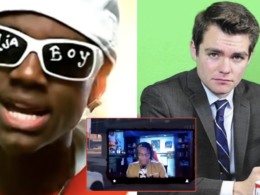