Just as with WWII, alongside hysterical warmongering from state-approved media outlets, all those who stand for peace are censored by the state as a precaution, ensuring the masses are funneled into hopeless conflict and death.

During WWII, the United States Government, through executive order, established the Office of Censorship, a wartime agency designed to exert authority over media institutions and the information they were allowed to share with the public.

The Office of Censorship was established on December 19, 1941, and claimed to have ceased operations directly following the end of the war in 1945.

This agency claims that most of the censorship during the war did not need enforcement and that journalists would “self-censor” out of a feeling of ‘patriotism’ during the war.

This agency is similar to the Committee on Public Information, which was an agency designed to not only censor but to sway public opinion in favor of joining the war.

While these “good journalists” would self-censor out of their so-called ‘abundance of patriotism’ and love for peace and human life, those who fervently spoke out against war, voices such as Fr Coughlin, were targetted by the federal government, and kicked from the airwaves so as to ensure the American public ran headfirst into battle without even a second thought.

Fr Coughlin brought in a whopping 30 million weekly listeners to his radio broadcasts, equating to almost 25% of all Americans tuning in to the Priest’s show.

For comparison, Tucker Carlson is averaging 3.5 million viewers a night, while the population of the U.S. today has doubled since the time of Fr Coughlin.

Nevertheless, Fr Coughlin was not only kicked from his radio broadcasts, but the U.S. government also weaponized the U.S. Postal Services against the priest, refusing to ship his newsletter to his hundreds of thousands of subscribers across the world.

Fast-forward to the year 2022, and talk of censorship is on every television show, social media outlet and even in federal courtrooms. Politicians to the right condemn censorship, as it has thus far almost exclusively targetted them, while politicians on the left implore those in control to tighten the grip on speech, as it is a “danger to our Democracy.”

Today, the White House is working directly with social media platforms to combat what they claim to be “misinformation” — a term used to indicate information that runs contrary to the official position of the Federal Government.

Just as it was during the buildup to WWII, like Fr Coughlin, those who speak out against the U.S. government are called extremists, anti-Americans, and “nazis.” While those who cheer on the censoring are typically those who are politically left-leaning, or, at the very least, peripheral to the socialist agenda.

Interestingly, censorship in the 21st century has taken an extreme form, as information is predominantly found through the internet.

While thousands of public figures are banned from communicating to the masses on social media websites, and while even the President of the United States, Donald J Trump has been removed from public sight, algorithmic manipulation would have you believe it is, in fact, those who have been censored, who are doing the censoring.

For instance, if you google “Censorship 2022” you will be shown dozens of results, where journalists are claiming that the removal of explicit sexual material from libraries is the equivalent of modern-day book burnings and that this means conservatives are, predictably, “modern-day nazis.”

While censors censor conservatives, these same censors blame the censored for censoring the censors.

This is precisely why the average citizen couldn’t tell you a thing about why we must send 40 billion dollars to Ukraine. It’s why the average American doesn’t understand how the conflict between Russia and Ukraine started, and it is why Americans are blindly supporting a conflict that appears to have the support of every non-censored voice in the U.S.

The vast majority of influential voices which have been removed from the public conversation are vehemently anti-war.

For instance, by clicking the following link, you will find an extremely long list of Youtube broadcasters who have been removed from the public conversation.

the vast majority of these voices are, coincidentally, against war, generally.

This is how the United States Government has achieved bipartisan support for a war against Russia.

The revolution will not be televised. 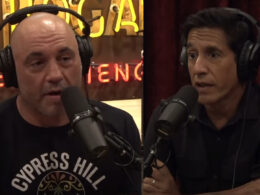 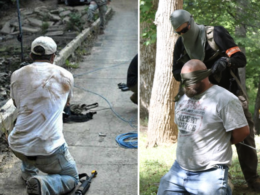 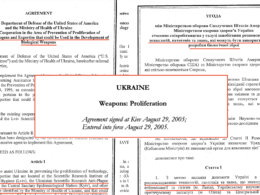 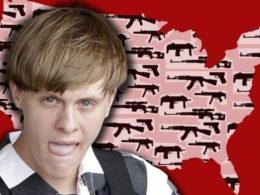