It was recently revealed that French President, Macron, refused to take a Russian COVID test due to fears of “DNA theft” by the Russian military, two sources within the French president’s entourage told RT.

The idea that COVID tests could be collecting DNA for malicious purposes was widely labeled ‘conspiracy theory’ by the mainstream media before the French president’s visit to Russia.

After arriving in Russia for diplomatic talks, Russian president, Vladimir Putin, kept Macron at a distance, sitting at a large table, sparking comedic rumors and theatrical satire across the internet.

Interestingly, you may have been labeled a conspiracy theorist, or banned from social media for expressing the same concerns President Macron just months ago, where thousands of news outlets ‘fact-checked’ the claim that COVID tests were sequencing your DNA.

But while mainstream media outlets were gaslighting you at home, those same outlets were worried about DNA harvesting abroad, claiming “China wants your DNA” while implying Chinese firms would be attempting to steal your DNA through COVID swabs.

Even the CDC admitted that around 10% of the COVID nose swab tests wound up in a laboratory for genomic sequencing.

It would appear that many of the conspiracy theorists’ theories on COVID tests harvesting DNA may be correct and that major media outlets, as well as presidents of western nations, shared the same concerns as those who were labeled ‘fringe’ at the beginning of the pandemic. 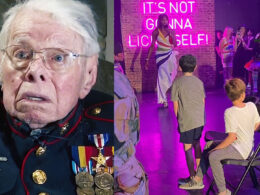 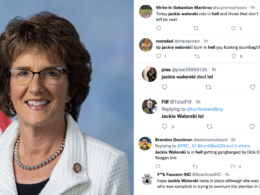 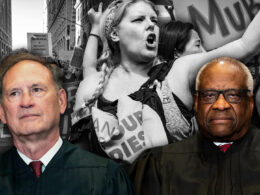 On June 24, the U.S. Supreme Court, in a 6-3 decision, overturned the landmark 1973 Roe v. Wade…
byDaily Veracity Staff
No comments 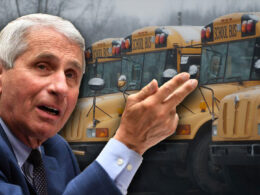