Additionally, according to an analysis in the same report that covered 50,000 COVID hospital admissions, 48 percent of the people who were hospitalized for COVID, were patients with mild or asymptomatic disease.

According to another recent report from the Daily Mail, a quarter of people in hospitals in England who are being marked as ‘COVID patients’ were also being treated for other illnesses altogether.

Now, several medical examiners, coroners, and scientists are claiming the COVID death numbers are just as, or even more inflated than the hospitalization numbers.

But scientific reports are coming to light that suggest COVID-19 death totals may be immensely inflated.

In August of last year, The New York Times published an article stating that as many as 90% of COVID-19 tests in at least three states were not indicative of actual active infection.

The tests were apparently picking up viral debris incapable of causing infection or being transmitted because the cycle threshold (Ct) of the PCR testing they were using, amplified the sample too many times.

Experts that were interviewed at the time said a cycle threshold of under 30 was most appropriate, but for months labs in the United States were using a Ct of around 40.

The CDC recently announced that they have abandoned the PCR test altogether for the coming winter season, and recommend that labs stock clinics with kits that can test for both the coronavirus and the flu as the influenza season draws near.

According to experts, thousands of counties across the US are still making the same mistake, and warn that knowledge of these mistakes will sow public doubt, confusion, and less trust in the government.

Dennis McGowan a recently retired Chief of Operations for the Fulton County Medical Examiner’s Office in Atlanta recently explained why he calls the SARS-CoV-2 death toll “a big lie.”

“You can imagine how many death certificates I’ve seen in my career, but you can’t imagine the number of death certificates that are being fraudulently tallied in this current pandemic. Someone in some bureaucrat’s office decided that if COVID appears anywhere on a death certificate, it is counted as a COVID death, even if it isn’t. If COVID is on the Immediate Cause line, it is clearly a COVID death. If it is on the first Due To line, it might be a COVID death in a person with significant comorbidity. If it is on the second or third Due To line, it may or may not have a role in the death, but if it appears in the Other Significant Conditions line, it is not a COVID death, yet it is being counted as one. An example is the fellow who crashed his motorcycle and tested positive for COVID. This is fraud masquerading as science.”

On its website, the CDC says, just 6% of the people counted as COVID-19 deaths died of COVID-19 alone. According to the CDC, around 39% of those listed as COVID deaths have 10 or more comorbidities, while 25% had 6 or more.

During a recent interview, a funeral director from Milton Keynes in the UK spoke about the deceased he saw in tents in November and December of 2019. Reportedly, the families of the deceased were not allowed to visit even back then.

“In 2019 I had a family come and see me who had lost a loved one, …and they had complained at the time that the hospital wouldn’t let them see that loved one. So I went to the North Hampton hospital to collect that loved one, and while I was there I asked the guys there in the mortuary why wouldn’t you let this family see their loved one. And they opened the chapel doors or the viewing room doors, and there was a great big inflatable kind of blow-up pandemic mortuary.”

The funeral director during the interview went on to say that 90% of the deceased he collected during what he calls a ‘brief spike” in calls, were from care homes and hospice centers. According to the funeral director, many of the calls he responded to were labeled as covid deaths even though some of them died of cancer, car accidents, and other causes.

“I got called every night for three weeks to care homes, and this was a time when Matt Hancock, who has since been dismissed from government, had transferred all of the elderly in hospitals into care homes.”

Midazolam is a sedative that can help patients feel relaxed or sleepy before surgery or medical procedures. Midazolam injections may cause serious or life-threatening breathing problems such as shallow, slowed, or temporarily stopped breathing that may lead to permanent brain injury or death.

“I worked for the biggest funeral provider for ten years, who have 60% market share, and in that time I was never ever called to a care home three consecutive nights.  So for me being called every night for three weeks exclusively to care homes and nowhere else, is probably as likely as me winning the lottery…”

“All of those people were labeled with covid, I never saw a doctor in attendance once, no doctor ever attended to my knowledge.  I never saw a covid test, I never saw a ventilator, so there was no need for those patients to be heavily sedated to be intubated because there were no ventilators.”

Weeks later as abruptly as it started it finished.

“And then I had a pandemic guy ring me and he introduced himself as a government-sponsored pandemic guy. And he told me that his job was to call all the funeral directors and collect the numbers of the deceased.

I picked a guy up from a care home that was in his 90’s that had a full life… he wasn’t a covid death it was a natural death of a guy of 95, and I picked someone from the local hospice who had succumbed to cancer, he was a terminal cancer patient. Both of them were instantly listed as covid.  Because the guy said we were told they were covid, there must be covid in there, we’ve got to put them down as covid.  Everyone, even one guy that was run over.”

The explanation that cases of influenza nosedived simply because much of the world’s population are now donning masks, while at the same time cases of the coronavirus surge, is completely inconsistent with the science.

Despite all of this, the flu appears to have been ‘almost wiped out’ after the number of sufferers plummeted by 95 percent in 2020.

Last year, top epidemiologist Knut Wittkowski asserted that “Influenza has been renamed COVID-19 in large part.” According to the CDC, the cumulative positive influenza test rate from late September into the week of December 19th was just 0.2%, compared to 8.7% from a year before.

According to Wittkowski, former Head of Biostatistics, Epidemiology and Research Design at Rockefeller University, this was because many flu infections are being incorrectly labeled as coronavirus cases. 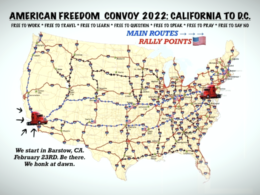 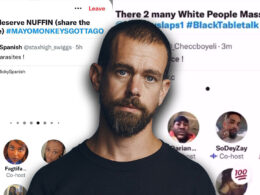 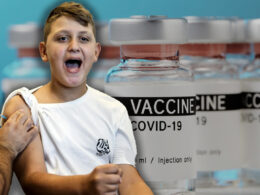