Home News STUDY: Fully Vaccinated People are 27 Times More Likely to Suffer from COVID Than Those Unvaccinated With Natural Immunity

A new study published on medRxiv.org that covered more than 800,000 people split into three groups, shows that fully vaccinated individuals may be at greater risk of COVID than those unvaccinated.

Vaccinated individuals were found to have a 27 times higher risk of symptomatic COVID infection compared to those with natural immunity from prior COVID disease.

“SARS-CoV-2-naïve vaccinees had a 13.06-fold (95% CI, 8.08 to 21.11) increased risk for breakthrough infection with the Delta variant compared to those previously infected when the first event (infection or vaccination) occurred during January and February of 2021. The increased risk was significant (P<0.001) for symptomatic disease as well.“

“Prior COVID disease (many working-class) provides better immunity than vaccines (many professionals), so vaccine mandates are not only scientific nonsense, they are also discriminatory and unethical,” Kulldorff, a biostatistician, and epidemiologist, observed on Twitter.

For most viruses, it is generally the scientific consensus that natural infection provides a better and more robust immunity than vaccines are able to. One of the very few viruses where we know this is not the case is the Human papillomavirus infection or HPV.

Israel National News previously reported that those who already had the virus at some point throughout the past year were 7 times more immune to Israel’s recent outbreak than those who have been fully vaccinated.

Israel has among the world’s highest levels of vaccination for COVID-19, with 80% of those 12 and older fully vaccinated, the vast majority with the Pfizer vaccine. Yet the country is now recording one of the world’s highest infection rates, and Americans aren’t allowed to travel there.

According to a recent article published by NBC News, Israel now says the Pfizer vaccines – which were just fully approved by the FDA – are down to only 39% efficacy and falling. In nations that vaccinated a larger percentage of their population and much quicker than the United States, they are seeing no sign of the vaccines preventing even severe illness or death.

The nation of Gibraltar, which achieved a 99% vaccine compliance rate as of June 1, is now seeing an astounding 2500 percent rise in cases, and a surge in hospitalizations and deaths. Meanwhile in the UK about half of their COVID cases, deaths, and hospitalizations are in fully vaccinated people.

In England and throughout the UK, cases, deaths, and hospitalizations are surging more among the fully vaccinated than the unvaccinated.

In all three countries, hospitalizations and deaths have risen since May – and vaccinated people have accounted for more than 50% of the cases, hospitalizations, and in some cases of the deaths recently. Israel only used the Pfizer vaccine, and the United Kingdom used a mix. When broken down by different vaccines, the same results are found.

Because of the plummetting efficacy of the vaccines, many countries are already discussing the coming booster shots, and how governments will move forward in requiring them to work, go to school, and shop.

The United States is beginning to see the efficacy of the vaccines completely fail, and the current administration now says that boosters will soon be required every 6 months instead of 8 months.

About 75% of people new cases identified in a recent Massachusetts outbreak were fully vaccinated against the coronavirus and in Clark County, NV, (Las Vegas) over 60% of deaths are now reportedly in fully vaccinated individuals.

But the US has a data problem. According to a recent report from ProPublica, the CDC Only Tracks a Fraction of Breakthrough COVID-19 Infections and decided in May that they would stop comprehensively tracking breakthrough infection right before cases surged.

Some individual states do keep data on breakthrough infections, but the data is unorganized and limited. Even among states that track cases closely, officials caution that the data is incomplete because vaccinated people who are infected and asymptomatic are likely largely missing from statistics. 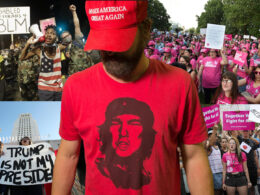 An Invasion From Within

The picturesque valleys of western Colorado are filled with many quaint, small towns that sit just minutes away…
byDaily Veracity Staff
No comments