Home News Yes, Gay Marriage and Contraceptives are Next. SCOTUS is on a Mission from God.

On June 24, the U.S. Supreme Court, in a 6-3 decision, overturned the landmark 1973 Roe v. Wade ruling that recognized abortion as a woman’s constitutional right and legalized it nationwide.

Because of the historic ruling, 22 states are now primed to outlaw abortion under existing laws or amendments. Some of the bans will take effect immediately and others will come in the weeks and months ahead.

South Dakota, Louisiana, and Kentucky had “trigger” bans which immediately outlawed abortion following the overturning of Roe v Wade. People who provide abortions following these bans could face felony charges of up to 10 years in prison in some states, or fines of up to $100,000. The state of Oklahoma had an outright ban prior to the Supreme Court Ruling, which now will continue without issues.

Alabama, Georgia, Iowa, Ohio, and South Carolina were states without trigger laws after courts previously blocked recent laws that banned most or all abortions. Due to the overturning of Roe v Wade, those laws will now take effect within weeks or months.

While red states are moving to restrict access to abortion following the ruling, blue states have vowed to expand abortion rights in their states.

Clarence Thomas is on a Mission

Prior to the SCOTUS ruling on Roe v Wade, the court’s conservative justices ruled that the state of Maine violated the Constitution when it refused to make public funding available for students to attend schools that provide religious instruction.

The opinion made it clear that when state and local governments choose to subsidize private schools, they must allow families to use taxpayer funds to pay for religious schools.

The Supreme Court’s three liberal justices dissented, with Justice Sonia Sotomayor accusing conservatives of ‘dismantling’ church-state separation and expressed her “growing concern for where this Court will lead us next.”

Following the ruling on the policy in Maine, the court then moved on to strike down a century-old New York law restricting the carrying of concealed firearms. It was the first major Second Amendment decision by the Supreme Court in more than a decade.

Just one day after the news broke about the overturning of the law on carrying concealed weapons, the court overturned the landmark 1973 Roe v. Wade ruling.

Because of the clear language under the police powers of the tenth amendment, Justice Clarence Thomas consistently opined in the past that the Roe decision “doesn’t have a shred of constitutional support.”

Alito and Thomas agreed with the decision not to hear the case largely because it was not a clean representation of the 2015 decision but used the occasion to take a legal baseball bat to the court’s Obergefell v. Hodges ruling.

“Davis may have been one of the first victims of this court’s cavalier treatment of religion in its Obergefell decision,” Thomas and Alito wrote. But they agreed that the court properly decided not to take up Davis’ case because, they said, it does not “cleanly” present the issues in the court’s 5-4 decision five years ago. Nevertheless, they said, the case “provides a stark reminder” of the consequences of the same-sex marriage decision. “By choosing to endorse ‘a novel constitutional right’ over the religious liberty interests explicitly protected in the First Amendment, and by doing so undemocratically, the court has created a problem that only it can fix,” the pair of justices said. “Until then, Obergefell will continue to have ruinous consequences for religious liberty.”

Following the court officially bringing an end to Roe v Wade, Alito and Thomas alluded to what could be coming next.

In a concurring opinion, Justice Clarence Thomas wrote that the court should reconsider all of this Court’s substantive due process precedents, including Griswold, Lawrence, and Obergefell.

“Because any substantive due process decision is ‘demonstrably erroneous’ … we have a duty to ‘correct the error’ established in those precedents,” Thomas wrote. Thomas added that Griswold, Lawrence, and Obergefell deserve to be overturned because they were “demonstrably erroneous decisions.”

Griswold v. Connecticut was a 1965 Supreme Court ruling which struck down a Connecticut law that restricted married couples’ access to birth control.

Lawrence v. Texas was a 2003 decision that ruled anti-sodomy laws imposed by states are unconstitutional.

Obergefell v. Hodges was a 5-4 ruling in 2015 where the Supreme Court declared that the right to get married cannot be limited solely to straight couples by any state.

According to legal experts, states trying to limit abortion from the moment of conception could also try to restrict access to Plan B and IUDs. The States of Idaho and Louisiana have already talked about future restrictions on the popular contraceptive options.

Also, earlier this month, a Louisiana House committee passed a bill stating that ‘human personhood’ begins at fertilization, an interpretation that could be used to outlaw Plan B drugs, IUDs, and possibly other forms of birth control.

On Monday, the Supreme Court ruled that a high school football coach had a constitutional right to pray at the 50-yard line after his team’s games. With the court’s three liberal members in dissent, the final ruling was 6-3.

Following Monday’s ruling, US Supreme Court Justice Clarence Thomas once again called for reviewing constitutional protections in place against defamation lawsuits. Thomas said he would have heard arguments from a Christian ministry labeled an “anti-LGBT hate group” because of its dissemination of sermons condemning homosexuality.

Multinatinational tech giant, Google, recently told its workers based in the U.S. that they can apply for relocation without any justification following the Supreme Court’s decision on Roe v Wade.

People who travel across state lines in order to receive abortions, could face hefty fines or even prison time as several lawmakers have already discussed introducing legislation to block such efforts in their anti-abortion bills.

Additionally, many legislators have threatened to propose laws that will expose companies offering to cover travel expenses for employees who want abortions to lawsuits and even criminal liability.

Texas lawmakers have already threatened Citigroup and Lyft with legal repercussions after the companies announced travel reimbursement policies for their employees seeking abortions.

In a cease and desist letter to Citigroup, Republican Texas State Rep Briscoe Cain said he would propose legislation barring localities in the state from doing business with any company that provides travel benefits.

In a letter last month to Lyft chief executive Logan Green, a group of Republican lawmakers wrote that Texas ‘will take swift and decisive action’ if the ride-sharing company implements the policy. The legislators also discussed a bill that would bar companies from doing business in Texas if they pay for residents of the state to receive abortions elsewhere.

Step by step, this plan could be becoming a reality as NBC News reported prior to the ruling that Democrats are more than ever considering fleeing red states if the Supreme Court were to overturn Roe v Wade.

One college professor in North Carolina told NBC that “The politics here were barely tolerable before, and now it’s getting to the point where it’s endangering my daughters.”

All across the country, Americans are fleeing to places where political views match their own. 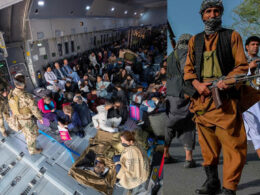 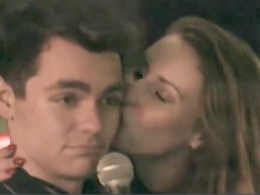 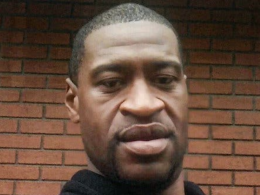 The Government is your Father This year, the newly made-up ‘federal holiday’ known as “Juneteenth” landed on fathers…
byJill Schrider
No comments