“The guy came with a bomb, while I was streaming. It was right when I arrived when the bomb squad came. I think 90% he was watching my stream, considering the timing, it was too precise.”

A member of the terrorist group known as Antifa has been arrested after being found near a Florida January 6 political prisoner protest rally with bombs in his backpack. Highly popular and controversial trump supporter, Baked Alaska, was in the crowd when police officers apprehended the suspect.

The suspect, Garrett James Smith, has been charged with 3 Counts of Make/Possess/Discharge Destructive Device and Loitering and Prowling

The suspected Antifa member, Garrett James Smith, who recently returned from Portland Oregon, had been carrying various items which bared the symbols typically seen with the far-left terrorist organization known as Antifa. The Three Arrows Down symbol, also known as the Iron Front symbol, can be clearly seen painted on his black helmet, laying next to what is being described as a pipe bomb.

The police referred to the suspect, Garrett James Smith, as a “sleeper cell,” claiming that these types of attackers are difficult to stop, as the attacker had no prior criminal history and did not speak about plans online prior to the incident.

Investigators also found a checklist on the suspect, detailing materials and attire he should wear, signifying prior knowledge and training for terrorist activity.

A letter titled “D.A.C.K. – Direct Action Checklist” found on the suspect detailed the Antifa member’s actions, while in the top left corner, there is an image of an umbrella, which has become a symbol of the Antifa movement, particularly in places such as Seattle and Portland, where the suspect had recently spent some time.

The incident was partly caught on livestream by Baked Alaska, a popular pro-Trump character who gained prominent notoriety after entering the capitol on January 6, 2021.

Baked Alaska spoke of the event on a livestream, detailing the incident and that his lawyer is “all over it” submitting FOIA requests.

“I’ve been getting swatted probably by Antifa over and over recently. My attorney is filing a FOIA request to get more information. It’s crazy that the rally right next to my house this would happen. I was live with 500 people, and Antifa has been following me everywhere I go. So, I don’t know, I think that dude might have been coming to kill me because I went to go take a shit at the gas station and he got spooked and ran away.”

“The local Antifa have been putting up fliers with my name on it, doxxing my address, they watch my stream and post clips of it. I just had to get a restraining order on a member of Antifa because she would stalk us, follow us, and post my address online.”

We checked to confirm that Antifa has been stalking the individual online, as claimed.

“Here’s the thing, it’s very possible that he knew who I was, he was watching my stream, like all other Antifa in Florida do, and maybe he was using my stream.”

“My attorney is all over this shit, it’s sketchy. Imagine if a BLM rally was happening and a Trump supporter showed up with a backpack full of bombs. It would be front-page news everywhere.”

“The guy came with a bomb, while I was streaming. It was right when I arrived when the bomb squad came. I think 90% he was watching my stream, considering the timing, it was too precise.”

“A man in black bloc behaving suspiciously near a right-wing rally outside the Pinellas Courthouse in FL was apprehended by deputies. Garrett Smith was found w/a pipe bomb & #Antifa propaganda. He had recently returned from Portland. A search of his home revealed more explosives.” -Andy Ngo

Below is the PCSO Press Conference from January 7, 2022, after the incident with the suspect. 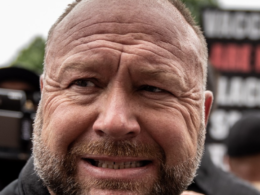 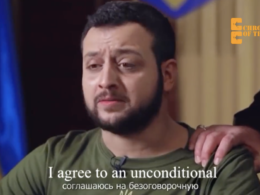 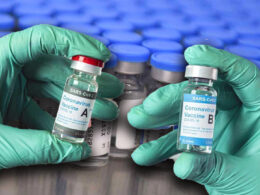 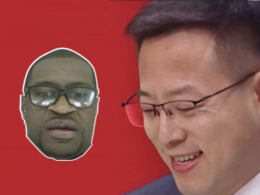