Just a few days before some of the biggest flight delays and cancellations since 9/11, Southwest Airlines became the latest U.S. airline company to require its employees to take the COVID-19 vaccine.

The Dallas-based company said its workers must be fully vaccinated by Dec. 8th in order to remain working at the airline. Southwest became the second Airline based in Texas to require the vaccine for its employees after American Airlines, based in Fort Worth, TX, announced the same requirement weeks prior.

Southwest Airlines canceled over 30% of its flights on Saturday which left thousands of passengers stranded as mixed reasons for the cancellations came from the airline.

The official statement released on Twitter says the delays are directly related to “ATC issues and disruptive weather.” But some folks are telling a different story.

“ATC issues and disruptive weather have resulted in a high volume of cancellations through the weekend while we work to recover our operation,” Southwest said in a Tweet.

Last week, rivals American Airlines, Alaska Airlines, and JetBlue told their staff they needed to be vaccinated. United Airlines in August was the first major airline to do so and has since said that more than 97% of its workers have been vaccinated.

United also said it would put staff who did not want to get the vaccines due to medical or religious reasons on unpaid leave until COVID-19 rates go down.

Unions representing pilots and mechanics have vehemently opposed mandates and some sources say they may be unofficially striking. These reports are unconfirmed, however, their unions have filed lawsuits, and also authorized protests pledging resources in support of such efforts.

Passengers stranded on Saturday say they do not believe the reports of weather delays and took to Twitter to voice their frustration.

The Federal Aviation Administration told ABC News that no air traffic staffing shortages were reported over the weekend. The agency attributed ‘a few’ flight cancellations and delays on Friday to severe weather, military training, and limited staffing at the Jacksonville Air Route Traffic Control Center.

“Some airlines continue to experience scheduling challenges due to aircraft and crews being out of place,” an FAA spokesperson said in a statement.

Some sources working for Southwest Airlines say the sick-out did in fact occur, and that employees are not acknowledging it because it would be an illegal employee action if they did.

“The Union cannot organize or even acknowledge the sickout, because doing so would make it an illegal job action…This pilot says he loves SW & finds crisis painful but feels that if this is the only way Americans can stand up to these mandates, then let the chips fall”

Regardless of if the rumors are true or false, many experts have wondered what would happen if transportation employees and truck drivers did stage strikes in protest against vaccine mandates. Some economists suggest that the entire nation would effectively shut down if something like this were to happen.

Last week, about 400 workers walked off the job at Henry Ford Health System rather than take a required COVID-19 vaccine, the Detroit-based hospital system said in a statement.

Over the summer, Henry Ford became the first Michigan health system to require employees to get a COVID-19 vaccine as a condition of continued employment.

In June, Dozens of Houston Methodist employees walked off the job in protest of the mandatory vaccine mandates, a few weeks prior, health care workers at University Hospital walked off their jobs to protest the recent MU Health Care vaccination requirement.

In September a New York Hospital announced it would stop delivering babies as workers quit over the vaccine mandates, and in Texas, hundreds of hospital workers have been fired or have resigned over the mandates as well.

According to an Arkansas Hospital Executive, countless staff members have left their post in the middle of shifts and some are considering retiring early amid massive staffing shortages.

“Teams are stretched thin. People are frustrated. People are very tired,” Patterson said, noting that morale among health care workers has been low. “We are down a significant number of positions here because we just don’t have enough nurses that we can recruit to come here and help us to take care of patients.”

According to the Chicago Sun-Times, thousands of Chicago Public Schools families are still scrambling to find transportation to school because of a mass bus driver resignation that officials attributed to anger over the vaccine mandate.

In August, Mayor Lori Lightfoot said her administration was in talks with rideshare companies like Uber to take children to their schools.

The LA County Sheriff, Alex Villanueva, recently announced that he would not be enforcing the vaccine mandate for his officers, because he is already short-staffed, adding that ‘ there are entire groups of employees willing to be fired or laid off, rather than get vaccinated.’

On October 18th, a statewide school walkout is scheduled for all schools in the state of California in protest over the vaccine mandate.

Across Twitter, conservatives are asking why their elected representatives in states Republicans control, are not as rigorously opposed to the mandates as they believe they should be. Democrats inside and outside their respective states are imposing and enforcing all mandates, while Republican officials – including in states like Texas where major airlines are headquartered – don’t seem too interested in opposing them.

According to a recent Axios report, not only are Democrat-controlled states enforcing mask and vaccine mandates for both the public and private sector, but recently California Gov. Gavin Newsom also signed a bill into law that will require retailers in his state to provide gender-neutral toy sections.

On Thursday, Former President Donald Trump argued against vaccine mandates and said if you have had the COVID-19 virus and recovered, you don’t need to get the vaccine.

According to some estimates, scientists say there could be over 200 million people in the United States that already have a natural immunity to the virus. 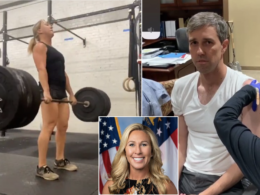 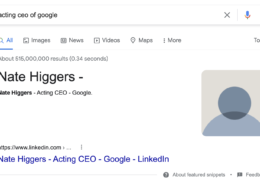 In what appears to be an internet prank, an unknown individual going by the name “Nate Higgers” appears…
byJill Schrider
No comments