Following reports of a woman at Los Angeles-area’s ‘Wi Spa’ yelling at employees after suffering a traumatic event of a man walking through the women’s locker room with “his penis hanging out, another incident at the same spa has been revealed.

An anonymous woman who calls herself ‘Anita’ recently told the Daily Mail that she took her six-year-old daughter to the same Los Angeles Korean spa last year, and experienced an incident seemingly worse than the one described in recent viral reports.

Anita, who asked the Daily Mail to obscure her identity out of fear of being ‘canceled’ and losing her job, was shocked to come across a viral video describing a similar incident at the spa.

While Anita was there, a naked man confidently joined the women’s space – which included several small children. Then the fully nude man sat down in the hot tub with the group of women.

‘We were in there with five or six other women. She was swimming and splashing at me and stuff,’ she said.

‘Then these three people came and sat down on the edge of the hot tub. It was two women and what appeared 100% to be a man.’

Anita was. so upset over the incident, that she reported it to police, saying her young daughter had been a victim of indecent exposure.

‘The other Korean women in the hot tub were looking at each other like ‘what the f**k?’ We all suddenly were quietly communicating with our eyes. The Korean women were motioning at my daughter, she was giggling and splashing, she hadn’t noticed.’

‘All around the locker room you see all the women suddenly whispering and this tense feeling. I saw old ladies poking out from behind the shower stall, holding their towels up, looking horrified. Nobody says anything. All the women are in shock but also don’t want to say anything.’

‘I was in there for about a minute, then I said ‘okay, honey, time to come out. The whole time I was blocking my daughter’s view of the penis, and one of the other Korean women maneuvered herself to block my daughter’s view. Thankfully she has no idea this happened.’

‘Another woman came up to me in the locker room and told me the staff asked the man (transgender) to cover up but he refused.’

Anita said after she complained, the staff that day started warning customers there was a ‘pre-op trans woman’ in the women’s section.

Recently, a similar incident occurred at the same spa, and a confrontation between a customer and the spa staff was caught on video.

The video showed a woman asking for a refund from the spa with the woman behind the camera supporting her.

The woman pressed one employee if they condone a man showing his penis around other women and minor girls.

“I just want to be clear: It’s OK for a man to go into the women’s section, show his penis around the other women, little girls, underaged. Wi Spa, you condone that. Is that what you’re saying?” she asked the employee. 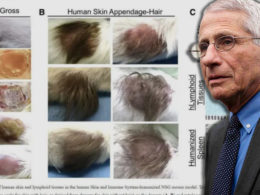 A scientific paper published in Scientific Reports goes into graphic detail about the University of Pittsburgh’s horrific fetal-scalping experiments. According…
byDaily Veracity Staff 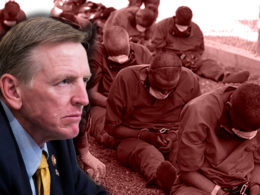 In May, a video emerged showing a pro-Trump protester in a beige hoodie alongside the infamous ‘shaman’ being…
byDaily Veracity Staff

Jesuit Priest, James Martin, is once again advocating for homosexuality to be welcomed within Catholic school. This ‘priest’…
byDaily Veracity Staff 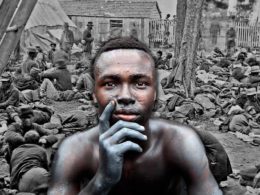