In August we wrote about the alarming surge in home burglaries occurring in some areas across the United States, particularly in suburban areas surrounding major cities. The numbers are staggering and residents in many areas are now sounding the alarm about the increasing rate.

In San Francisco, burglaries are up 42% in the first 9 months of this year, compared to the same time period in 2019. In the Northern District, which includes Pacific Heights, the Marina, North Beach, and Cow Hollow, it’s up 59%. In the Mission, 79% and in the Richmond up 50%. Burglaries are also on the rise in New York, up 26% year-to-date as compared to the same period in 2019.

Regional police services have recently announced that the number of home invasions and automotive thefts has significantly increased recently, over that seen in previous years. The latest statistics show that a burglary occurs approximately once every 23 seconds in North America and on average, most victims lose between $2,000-$4,000 worth of precious goods.

In Late August, three people were charged in connection with a pair of home invasions in Wheaton, IL and Lombard that DuPage County State’s Attorney Robert Berlin called “shockingly violent.” In one instance, the trio was accused of breaking into a home and shooting a resident, on other occasions the trio attempted to rape young girls living at the residences they broke into.

Malik Pitts, 22, of Broadview, Isaiah Johnson, 21, of Blue Island, and Keytori Jackson, 22, of Broadview, were charged with attempted murder, home invasion and aggravated battery in connection with the Aug. 23 incidents in the mostly white suburban areas of Lombard and Wheaton.

Pitts was accused of going into a girl’s room and attempting to pull off her blankets and clothes. The girls’ grandmother intervened, police say, and Pitts is accused of hitting the woman in her left ear, neck and cheek. The girl’s father then fought Pitts, police say, before Pitts fled in a car that Jackson is accused of having stolen. In another instance, Pitts ordered a mother and her daughter from an upstairs bedroom and demanded that the daughter undress. Police say the daughter refused and fled.

In Ohio more recently, another more tragic incident occurred on September 21st. A four-year-old White Ohio boy was shot dead after a shooting during a home invasion that left multiple people seriously injured and four-year-old Rowan Sweeney “tragically” dead in his mother’s arms. According to the Pittsburgh Post-Gazette, none of the people in the home knew the suspected gunman.

Sweeney’s mother Alexis Schneider, 22 and friends of the family — Cassandra Mariscola, 20; Yarnell Green, 20; and Andre McCoy, 20 — were seriously injured and transported to an area hospital for treatment.

Both Schneider and Cassandra Marsicola, 20, were hospitalized in stable condition after being shot in the legs.

The suspect ran away from the home on foot. Police said the surviving victims told them they did not know the gunman.

On the 911 recordings, Marsicola is telling dispatchers that “all of us have been shot.”  She described the suspect as a light-skinned black male.

Neighbors reported hearing five to eight gunshots which took the life of four-year-old Rowan, who police also say died in his mother’s arms.

Police described the suspect as a thin, black man who was last seen wearing a black jacket.

According to the chief, investigators have several ‘good’ leads they are following at this time. 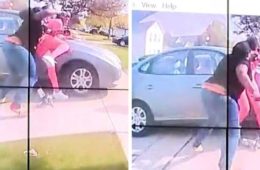 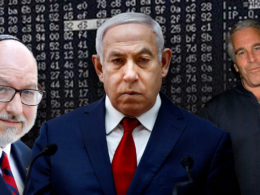 According to recent reports, activists, journalists, and politicians around the world have been spied on using malware developed…
byDaily Veracity Staff

Pfizer announced Tuesday that they have begun testing their COVID-19 vaccine on children under 12 years old, and for some…
byDaily Veracity Staff 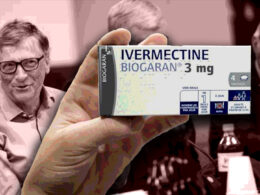