Home News New Video Shows Capitol Police Telling Trump Protesters They Can Remain Inside the Building As Long as They ‘Remain Peaceful.’

A new video has emerged showing a pro-Trump protester in a beige hoodie and the infamous ‘Q-Anon shaman’ being told by police that the group can remain within the capitol building as long as they remain peaceful.

There is no evidence that either the ‘Q-Anon shaman’ or the man in the beige hoodie were ever violent at any point in time, but yet they remain charged and many of the protesters remain in custody in solitary confinement awaiting trials.

The new video, and other videos showing capitol police inviting protesters inside the capitol building, raises doubt on even simple trespassing charges for the protesters.

Despite even the New York Times conceding that the the extent of the damage caused by the entirety of the protest was just a few broken windows, the DOJ has launched the ‘largest investigation and arrest in US history.’  The investigation has resulted in over 500 arrested, 900 search warrants, 1,200 phones seized, and hundreds of Americans getting put on no-fly lists even though they have committed no violent acts.

American political commentator Nicholas Fuentes was recently put on a no-fly list, even though he just attended the event without going anywhere near the capitol entrance.

Lawmakers have reached a deal to form a bipartisan 9/11-style commission to review the Jan. 6 attack at the U.S. Capitol and will soon introduce legislation to form the independent panel.

The commission will be made of up ten members who are not government officials.

Speaker Nancy Pelosi says that the 9/11-style commission that will investigate the Jan. 6 insurrection on Capitol Hill should have subpoena power.

The Truth About the Capitol ‘Siege’

Following the events in the nation’s capital on January 6th, the media and the Democratic party surfaced in unison to condemn the people who stormed the capitol building.  They called them insurrectionists, seditionists, and white nationalist terrorists.

Less than 24 hours later, these labels expanded to President Trump himself, and the hundreds of thousands of others who merely showed up to watch him speak. Not only did President Trump get permanently banned from Twitter and basically every other platform that he was on, but millions of his supporters did as well.

Every major corporation and mainstream outlet took to their respective platforms to accuse President Trump of inciting violence during his speech before the capitol siege. The transcript of his speech clearly shows the opposite occurred:

Twitter issued a statement after the ban, claiming that it was not what Trump said on Twitter that led to his permanent suspension, it was what some might interpret from what he said. The reason why Twitter finally took this action had nothing to do with the actions of Trump’s supporters, or even as Twitter admitted, what Trump himself said on the platform.

Twitter’s goal was to pull the plug on Trump’s most effective and favorite line of communication. This snapshot of the major reaction to the capitol siege was not because the media, big tech, or the Democratic party cares about specific actions taken by Trump supporters during the storming of the capitol building. If there is anything that we have learned from the recent years of riots, journalists and media pundits usually cheerlead demonstrations hundreds of times worse than those that occurred on January 6th.

The Death of Officer Sicknick

The day after Officer Sicknick’s reported death, The New York Times printed a massive ‘bombshell’ headline, later confirmed to be an outright lie by authorities and the NY Times itself.

This narrative regarding the Officer Sicknick was quickly debunked by law enforcement officials and the medical examiner.

According to the final autopsy result, Capitol Police officer Brian D. Sicknick suffered two strokes and died of natural causes a day after he confronted rioters at the Jan. 6 mostly peaceful protest, the District’s chief medical examiner has ruled.

According to an update from CNN, there was no fire extinguisher blow, no bloody gash, and no blunt force trauma to Sicknick’s body when he died.
As it turns out, multiple hours after the protest had already concluded, Sicknick texted his own brother Ken that very night he was basically fine, other than being “pepper sprayed twice,” confirming he was safe and “in good shape.”

It was widely reported by the mainstream media that Eric Munchel, a Trump supporter who stormed the Capitol building while holding plastic handcuffs, brought the handcuffs to take lawmakers hostage.

Munchel, who broke into the building with his mom, was labeled “zip-tie guy” after he was photographed running down the Senate chamber holding the restraints. But according to the new filing, Munchel took the restraints from a table inside the Capitol building, prosecutors said in a court filing Wednesday.

Munchel and his mother took the handcuffs from within the Capitol building — apparently to ensure the Capitol Police couldn’t use them on the Trump supporters.

Many people claim that the Trump supporters who stormed the capitol building had the intention to take over the government. This couldn’t be further from the truth. The media has been using terms like ‘insurrectionists’ and ‘seditionist.’

No outlet have ever used terms even close to these for left-wing rioters who have stormed the US capitol and frequently storm state capitol and federal buildings across the country. But for this particular demonstration in particular, they held nothing back.

The truth is that only a small portion of the approximately 200,000 people that were in Washington DC for President Trump’s speech got into the capitol building.  The ones that did make their way inside mostly just took funny selfies and made joke phone calls in Nancy Pelosi’s office.

Violence at Trump’s Inauguration in 2017

Throughout the day of President Trump’s inauguration, left-wing protesters rioted across Washington D.C. destroying dozens of businesses, attacking police, and setting hundreds of cars ablaze. Rioters brutally physically assaulted Trump supporters as they arrived and left the inauguration, and blocked thousands of attendees as they approached every entrance. Most outlets either refused to cover the violence, or made excuses for it.

Remember the violence at Trump's inauguration?

None of the Democrats condemned the violence. They talked frequently about Trump being ILLEGITIMATE. All the Dem Senators held up Trump's nominations. The media attack Democrats as destroying democracy?https://t.co/JAFNiv06uN

Police have recent released body camera footage of Antifa attacking them just days after the far-left group stormed city hall forcing the Mayor to be evacuated. Not a breath of this incident every made mainstream headlines.

Police in Bellingham, Wash. have released body camera footage showing what happened when #antifa attacked them at their autonomous encampment outside city hall on 28 Jan. Days prior, the antifa stormed their way inside, causing the mayor to be evacuated. https://t.co/XCAxXhCljq pic.twitter.com/SxTIgQZOOs

Left-Wing riots rots during the summer of 2020 led to ATM’s being exploded, hundreds of small businesses being burned to the ground, dozens of deaths and assassination attempts of police, and the destruction of countless state capitol and federal buildings across the nation.

The media and the Democratic party called them fiery, but ‘mostly peaceful.’

This was met with cheers from their peers and the mainstream media.

The media pundits who are lashing out right now against Trump’s supporters, do not care about about the damages inside the capitol building or the roughed up police. Their goal is the complete destruction of their political enemies by weaponizing every institution possible at the top of the American power structure.

This was proven on January 7th, a day after the capitol siege, when an ABC News political director told accidentally told the truth. “The fact is that getting rid of Trump is the easy part. Cleaning up the movement he commands or getting rid of what he represents to so many Americans, is going to be something else,” said Rick Klein of ABC News.

The Bombings of the US Capitol Building

In 1981, Susan L. Rosenberg, a member of the Weather Underground terrorist group, was charged in the notorious 1981 Brink’s robbery in Rockland County that left a guard and two police officers dead. In 1988, six members of the left-wing radical group were arrested in and charged with bombing the US Capitol building.

Rosenberg was arrested and charged with hundreds of pounds of explosives in her car. In the last year of his presidency, Bill Clinton pardoned Rosenberg.  She also recently served on the board of Black Lives Matter foundation.

On March 1st, 1971, a bomb exploded in the U.S. Capitol building in Washington D.C. The explosion caused an estimated $300,000 in damage but injured no one.

The Weather Underground claimed credit for the bombing. The so-called Weathermen were a radical fashion of the Students for a Democratic Society (SDS). The Weathermen advocated violent means to transform American society.

The philosophical foundations of the Weathermen were Marxist in nature. Bill Ayers, one of the groups leaders, rose to national prominence as an SDS leader in 1968 and 1969 as head of an SDS regional group, the “Jesse James Gang”.

Ayers participated in the bombings of New York City Police Department headquarters in 1970, the United States Capitol building in 1971, and the Pentagon in 1972, as he noted in his 2001 book, Fugitive Days. Ayers writes: “Although the bomb that rocked the Pentagon was itsy-bitsy—weighing close to two pounds—it caused ‘tens of thousands of dollars’ of damage. The operation cost under $500.”

After the bombing, Ayers (Obama’s mentor) became a fugitive. During this time, Ayers and fellow member Bernardine Dohrn married and remained fugitives together, changing identities, jobs and locations. President Clinton also pardoned 16 violent Puerto Rican nationalists responsible for more than 100 bombings of U.S. political and military installations. The current District Attorney of San Francisco, Chesa Boudin,  is the biological son of two members of the Weather Underground, and adoptive son of Bill Ayers and Bernadine Dohrn.

The Enemy of the People

Right now, the institutions at the top of the power structure of the American regime, which includes the media, big tech, mega corporations, and left-wing NGO’s, are attempting to do just that. This reaction is the empire striking back. It’s an attempted purge of the movement that President Trump created, and the destruction of what Trump represents. A powerful movement that is not approved and controlled by the regime, is what the establishment fears. https://twitter.com/tomselliott/status/1349824830007345157?s=20   Trust in traditional media has declined to an all-time low. According to data from Edelman’s annual trust barometer, for the first time is history, fewer than half of all Americans have trust in the media. Trust in social media, the backup plan if the legacy media falls, has hit an all-time low of 27%.

Imagine what the trust level in traditional media is going to look like when Americans are polled after they have had time to absorb the hypocritical coverage of the media regarding the capitol siege. The Black Lives Matter and Antifa riots are still fresh in the minds of Americans.  In fact, hundreds of violent riots at state capitol buildings, federal buildings, and even at the Democratic Party headquarters happened directly after the inauguration of President Joe Biden. 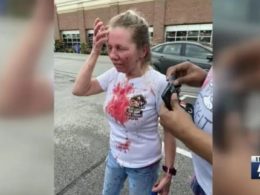 Pamela Ahlstedt-Brown, a disabled Army veteran, told WAVE-TV she was trying to back out of a handicapped space at the…
byDaily Veracity Staff
No comments 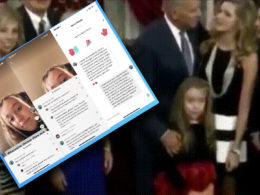