Trio Accused of Over 40 Anti-Asian Attacks Throughout Bay Area

According to a local Bay Area news outlet, San Jose police arrested three suspects in connection to dozens of attacks and robberies throughout the Bay Area that targeted victims of Asian descent.

On Sept. 8, two suspects, identified as 24-year-old Anthony Robinson and 23-year-old Derje Blanks, were located and arrested in San Jose.

The pair attempted to flee and crashed into a car with a father and his two-year-old child. The victims were injured in the wreck. Cameron Moody, 27, was arrested on September 16th.

Each has been charged with dozens of felonies. The Santa Clara District Attorney has also added hate-crime enhancements to their charges.

Americans have heard a lot about Anti-Asian attacks amid the outbreak of COVID-19 in the United States.  Although these attacks have increased in recent months, national news outlets seem to have scaled back their coverage of these attacks.

Black-on-Asian attacks in the Bay Area is nothing new.  The Pulitzer prize-winning San Francisco Gate once documented this ongoing issue in an article published back in 2010.

Many of the more recent attacks – like the stabbing of an Asian woman in San Francisco, or the Asian women who were brutally attacked with a brick – are tied to viral videos showing the perpetrators of just about all of these attacks, were black males.

In a list compiled of all of the attacks on Asians in the US where the offender was known and reported, most of the perpetrators of the crimes were black.  One of the more serious attacks, a mass stabbing of an Asian family at a Sam’s Club supermarket, was perpetrated by a Hispanic man.

Back in February, a Disturbing video showed an elderly man collecting cans in San Francisco’s Bayview neighborhood and then being assaulted and reduced to tears.

The San Francisco district attorney’s office withdrew charges and pursued a “restorative justice” model against a 20-year-old man arrested for his involvement in the attack.

In Milwaukee, a mob of ten black teens assaulted and murdered an Asian woman who reportedly weighed just 100 pounds. The Milwaukee County Sheriff’s Office has taken two subjects into custody in connection to a homicide that occurred in Washington Park on Sept. 16, 2020.

Ee Lee, the 36-year-old victim, was found unresponsive in the park with severe injuries. She was taken to the Milwaukee Regional Medical Center for treatment and died on Sept. 19. On Feb. 5, detectives took a 17-year-old male and 15-year-old male, both from Milwaukee, into custody.

According to the Bureau of Justice Statistics survey of criminal victimization, there were 593,598 interracial violent victimizations (excluding homicide) between blacks and whites last year. 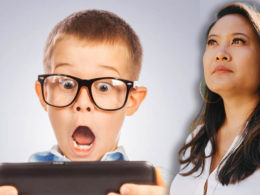 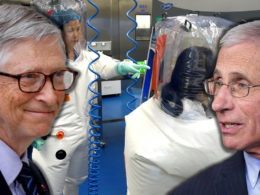 Email exchanges between Dr. Anthony Fauci and other scientists, including the President of the EcoHealth Alliance – a…
byDaily Veracity Staff
No comments 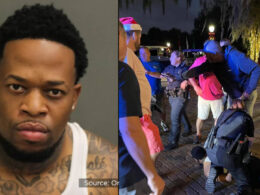 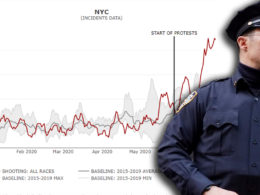