Just a few hours before his rally in Ohio on June 26, it was announced that former president Donald Trump created a verified account on Rumble – a video platform that serves as an alternative to YouTube.

Liz Harrington, a spokesperson for the former President, told Reuters that joining Rumble was in addition to the former president’s plan to start his own platform. Earlier this month, the Trump team shut down his recently-launched blog, and have not given details on the proposed new platform.

Andrew Torba, the CEO of Gab, recently noted though that the moment it was announced former President Trump joined Rumble, the platform immediately changed their public terms of service to ban ‘antisemitic hate speech’ and ‘racism.’

“On the day President Trump joined Rumble they changed their terms of service to ban “hate speech” with an explicit ban on “anti-semitic” messages, also known as any and all criticism of Israel and/or Jewish people. No mention of banning Anti-White hatred, which is still allowed. According to WayBackMachine a few days prior their terms did not include these things. Check it for yourself,” Torba said on his platform Gab.

This comes after the report claiming that Jared Kushner – Trump’s Jewish son-in-law – allegedly would not allow former President Trump to use the Gab platform unless the platform banned every user and channel that criticized Israel.

Torba said that Mr Trump was considering taking over the account they have aggregating statements and press releases made by Trump, but that Jared Kushner, Trump’s son-in-law, blocked Trump’s access to Gab at the last minute.

The news also follows Texas Governor Greg Abbott recently declaring that the pro-free speech social media website was an “anti-Semitic” platform, and that it and it’s users ‘have no place in Texas.’ Following the random declaration, internet sleuths responded by pointing out that the Texas GOP had a verified Gab account that they were active on.

Directly after Governor Abbott made his statements however, the SREC voted to delete the Texas GOP Gab account on a 35-25 vote. The news was broken by the Texas Republican Initiative, which claims they support free speech for all Texans.

What the Trump team considers to be antisemitic is more obscure than what the meaning of the word ‘racism’ has become.

“The Remembrance Alliance definition makes clear what our administration has stated publicly and on the record: Anti-Zionism is anti-Semitism. The inclusion of this language with contemporary examples gives critical guidance to agencies enforcing Title VI provisions,” Kushner wrote.

According to Jewish American NY times writer Bret Stephens, putting America first is also antisemitic, and puts the country of Israel at risk. 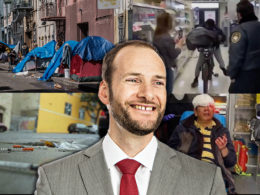 According to CBS News, Target is closing all five of its San Francisco stores early because of crime,…
byDaily Veracity Staff
No comments 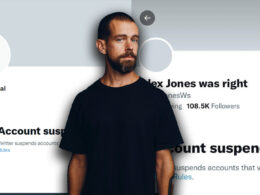