A new study from the University of California and Rand found that the lockdowns didn’t save lives, and may have actually resulted in more deaths than if no lockdowns happened at all.

The scientific study concluded that following the implementation of shelter-in-place policies, excess mortality increased and that the increase in mortality is statistically significant in the immediate weeks following implementation.

Data show very clearly that lockdowns have not only been completely ineffective, but they have been more deadly than if there were no lockdowns in place, to begin with.

According to data, there has been a steep rise in child suicide and suicidal ideation.

At the height of the lockdowns, over 7,000 scientists, virologists, and infectious disease experts recently signed a declaration against lockdown measures, urging that citizens across the west should be able to get on with their lives as normal, and that lockdown rules in both the United States and the UK are causing “irreparable damage.” Oxford University professor Dr. Sunetra Gupta was one of the authors of the open letter that was sent with the petition, along with Harvard University’s Dr. Martin Kulldorff and Stanford’s Dr. Jay Bhattacharya.

The declaration corresponds with other research that concludes lockdowns will “destroy at least seven times more years of human life” than they save. Other studies find that debilitating stress and anxiety caused by the lockdown, including despair caused by job loss, could lead to a myriad of negative health issues that will take a far greater overall toll on human life than the number of lives saved by the shutdown.

A recent poll was taken across the political spectrum on covid case counts and hospitalization rates from covid. According to the poll – which was also recently mentioned on the Real-Time with Maher show – the more liberal you are and the more you trust the media, the more likely you are to believe in inaccurate information about covid. 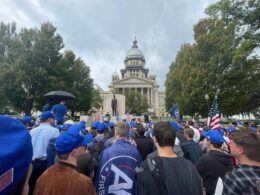 Just minutes away from Abraham Lincoln’s home, one of America’s first major anti-vaccine mandate rallies kicked off over…
byDaily Veracity Staff
No comments 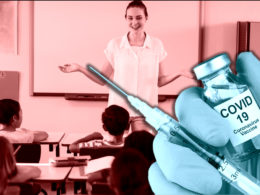