Anat Kimchi, 31, a doctoral candidate at the University of Maryland, was found stabbed to death by a homeless man in Chicago’s Loop.

According to Chicago police, Kimchi was walking on a sidewalk around 4pm, when a man approached her, pulled out a knife and stabbed her multiple times in the back. The perpetrator subsequently fled the scene, and Kimchi was pronounced dead shortly after arriving at the hospital.

In 2019, Kimchi wrote a paper that was published in the Journal of Quantitative Criminology positing that young black offenders and black drug offenders are victims of ‘systemic racism’ in America’s criminal justice system because they face tougher prison sentences.

“Race and ethnicity play a role in assignment of probation conditions, and young black offenders are particularly more likely to receive a wider range of and more restrictive sentencing,” the paper’s abstract concludes.

Criminologists and economists who have looked into this disparity conclude that black males are more likely to get tougher sentencing because they are more likely to have a longer criminal track record. Studies also seem to indicate that the black overrepresentation in prisons can be explained by the much higher black crime rates.

After examining data over a 3-year period, O’Brien (2001, in Walsh and Ellis 2006) found that crime reports matched up with crime arrests for race, meaning that blacks were being arrested at the same rate that they committed crimes. Harris (2009) found that the overrepresentation of non-whites in jail reflects their crime rates.

The Kimchi family issued a statement saying, “We are mourning the loss of Anat.”

Kimchi is the daughter of Avi and Hava Kimchi, Israelis who came to the US about 20 years ago and lived in Rockville, Maryland.

Police said witnesses told them the assailant was a homeless “slim black male with long dreadlocks who wore a red bandana and a blue tank top,” CWB Chicago reported.

National and local media outlets unfortunately left suspect’s description out of their reports, likely in accordance with new journalistic rules regarding reporting on the race of perpetrators of crime.

The Poynter Institute for Media Studies is a non-profit journalism school and research organization located in St. Petersburg, Florida. The school is the owner of the Tampa Bay Times newspaper and the International Fact-Checking Network, and operates PolitiFact.

Poynter recently published a piece calling on Journalists to be careful about using race as a descriptor in crime reporting, as it might contribute to ‘racial stereotypes’ about crime.

This comes after a newspaper in Texas reported that it would not be publishing the description that local law enforcement gave of a man suspected of shooting 13 people in June because it “could be harmful in perpetuating stereotypes.” 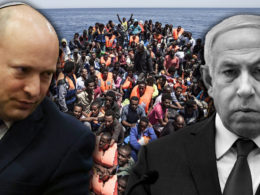 Israel’s new government suffered its first loss in parliament, after failing to renew a controversial law that prevents Palestinians who…
byDaily Veracity Staff
No comments 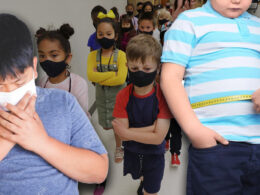 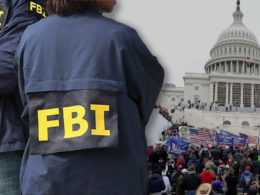