Many are calling for Dr. Anthony Fauci to resign or be fired, amid his shifting opinions on coronavirus, the origin of the virus, and his position on an investigation into the possible lab leak at the Wuhan Institute of Virology.

Many calling for his resignation are pointing to Fauci’s admission that the NIH sent $600,000 to the Wuhan Institute of Virology to study the possibility that bat coronaviruses could be transmitted to humans.

During a recent hearing Fauci denied that the money went toward so-called “gain of function” research, which he described as “taking a virus that could infect humans and making it either more transmissible and/or pathogenic for humans.”

Fauci and Francis Collins, the leader of the National Institutes of Health, insist that NIH did not fund “gain-of-function” research at the Wuhan lab. But both Fauci and Collins also admit they don’t actually know what the secretive Chinese lab has been up to either.

The problem is that gain of function research definitively was conducted there. This paper, which was funded by the NIAID – which Anthony Fauci has run since 1984 – proves that this is the case.

The vast majority of the authors are listed as working at the Wuhan Institute of Virology and/or the Chinese Academy of Sciences, Wuhan. One very notable exception to this is Peter Daszak, the man who is listed as the Project Leader on the grant. He procured the funding via Ecohealth Alliance from Fauci’s NIAID.

According to the paper, they were taking coronaviruses and splicing together different parts from different coronaviruses and seeing how tightly they bound to HUMAN ACE2 receptors, which is the receptor that SARS-COV2 binds to initially in order to enter human cells. This is the exact kind of research that would produce a virus like SARS-COV2, the virus which causes the disease COVID19.

This is gain of function research.

One of the goals was to: “Aim 3. In vitro and in vivo characterization of SARSr-CoV spillover risk, coupled with spatial and phylogenetic analyses to identify the regions and viruses of public health concern. We will use S protein sequence data, infectious clone technology, in vitro and in vivo infection experiments and analysis of receptor binding to test the hypothesis that % divergence thresholds in S protein sequences predict spillover potential.”

That is directly in the grant description on the nih.gov website. Translation: Spillover means that a virus hops from one species (in this case, bats) into the human populations, and they were going to study what it takes for this to happen using off the hook gene editing techniques.

Dr. Anthony Fauci recently testified it would have been “almost a dereliction of our duty” if the National Institutes of Health had not worked with China to study coronaviruses as he defended NIH money going to fund “collaboration” with “very respectable Chinese scientists.”

The Media and Establishment Coverup

After claiming that the Hunter Biden stories prior to the 2020 election were all “debunked conspiracy theories,” and then rushing to retract this narrative in secret when they were proven wrong, the national media outlet are back at it again with the lab leak theory.

Writer Paul Graham recently documented stealth edits by mainstream outlets, tweeting out some of the stealth edits that Vox in particular made to one of its article debunking “conspiracy theories.”

The edits included removing the words that the virus “definitively did not come from the Wuhan lab” and saying that the fact the virus emerged in the same city in which the lab is located “appears to be pure coincidence” rather than their other previously more definitive statement which included “is pure coincidence.”

Facebook said Wednesday it would no longer ban posts or accounts that suggest COVID-19 is man-made or leaked from a lab, amid mounting calls from officials for further investigation into the pandemic’s origins.

The announcement marked a reversal for the social media giant. In February, Facebook said it would remove posts claiming the virus was man-made or manufactured “following consultations with leading health organizations, including the World Health Organization” who had “debunked” the claim.

As the evidence accumulates pointing toward a Wuhan lab leak being the origin of the coronavirus pandemic, it has emerged that Joe Biden’s administration shut down an investigation into the theory that was brought to light under President Trump.

CNN reports that the main focus of the now-shut-down investigation was to examine China’s biological weapons program, and determine if it had a “greater role in the pandemic’s origin in Wuhan.”

Before the investigation properly got off the ground, it was shut down by Biden officials, who claimed that there were “too many concerns about the quality of the evidence.”

Instead, the Biden administration has thrown its weight behind the World Health Organization to conduct the investigation. Previously, after spending months trying to negotiate a visit, WHO officials absolved China of blame for the outbreak after visiting the virus lab in Wuhan for just 3 hours.

This week a previously unseen US intelligence report revealed that at least three researchers working at the Wuhan Institute of Virology, where coronavirus experiments were being conducted, were hospitalised in mid November 2019 with symptoms matching those of COVID.

It adds to the countless evidence pointing to the lab leak that has been accumulating for over a year, with prominent scientists and intelligence figures lending their weight to the notion.

In a recent news appearance on May 18th, 2021, Dr. Fauci conceded that there is no reason to wear a mask after being either naturally infected with COVID-19 or following vaccination.

This admission is in stark contrast to his response to Sen. Rand Paul, R-Ky. in March of 2021 when Dr. Paul called it ‘theater’ to wear a mask, and especially two masks after having the virus or being inoculated.

During the March face-off, Fauci responded to Dr. Paul by suggesting that it was preposterous that someone would call it ‘theater’ to continue to wear a mask, and that it was the ‘data’ that Fauci was following.

This flip-flop is strikingly similar to a pivot Fauci made last year regarding the efficacy of mask usage in general.

Back in March of 2020, Dr. Fauci stated that masks are actually useless and meant to make people ‘feel safe’ during the outbreak. He continued by stating that masks may block big droplets, but are not going to prevent the spread of COVID-19, because they are meant to filter out large particles and not infectious coronavirus particles that are nanometers in size.

After he flip-flopped on that narrative, and masks became the norm and mandated in most of the country, many began talking about double masks. Dr. Fauci was correct initially when he said that double masking makes no sense, and that there is no data to show it is more effective than a singular mask – but then flip-flopped again and claimed that double-masking ‘just makes sense.’ 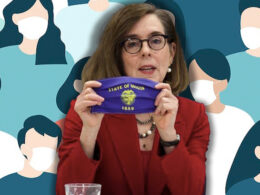 Oregon Says Masks are Now Required OUTDOORS, as the CDC Concedes Masks in Schools Have No Benefit

People in Oregon, regardless of vaccination status, will once again be required to wear masks in all indoor…
byDaily Veracity Staff
No comments 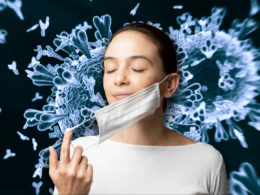 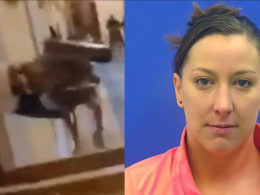 The Officer Who Shot Ashli Babbitt Was Identified by Media Outlets, But They Say They Won’t Release His Name 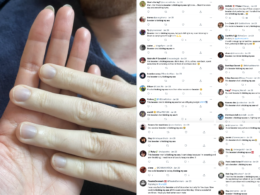