Just minutes away from Abraham Lincoln’s home, one of America’s first major anti-vaccine mandate rallies kicked off over the weekend.

The rally, with around 100 attendees, was held in Springfield on Saturday, Oct. 2nd. The protest was called, “Take a Stand Against COVID-19 Tyranny.”

The closing speaker, Nick Fuentes, a conservative podcaster, gave the crowd momentum; making it known there is no way he is getting a vaccine.

“They are going to knock my door down, kill my dog and shoot me before I take a COVID-19 vaccine,” Fuentes said.

During one of his podcasts, Fuentes talked about how several European countries and even parts of Canada are showing resistance in the form of protests to the vaccine and mask mandates. In the US, however, protests have been few and far between.

Fuentes believes that the rally in Springfield, IL will be a springboard to many more protests in the future and mass civil disobedience against the mandates.

In Calgary Canada recently, dozens of protesters gathered outside restaurants requiring proof of vaccination to enter their businesses.

Hundreds of thousands have been protesting across France, the interior ministry said, angered at the country’s vaccine passport system which they say unfairly restricts the unvaccinated.

In just one day in late August, authorities had logged 222 separate protest actions, including 14,500 people who turned out in Paris, in what was the seventh consecutive weekend of Covid protests.

Last week, roughly 15,000 people in the Romanian capital protested against recent measures like the vaccine passport.

Effective Sunday, residents will be required to show proof to certain facilities and businesses that they have been vaccinated.

This past weekend, Italians flooded the streets in Trieste and other major cities, protesting against the government’s new COVID-19 ‘Green Pass’ rule. Italy recently rolled out an update mandating the European Union’s COVID-19 passport ‘Green Pass’ for the public and private sector workers. 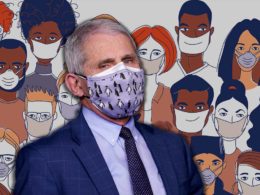 In a recent news appearance on May 18th, 2021, Dr. Fauci conceded that there is no reason to…
byDaily Veracity Staff
No comments